Two and a half years ago I crocheted my first Toothless. After I've seen the film "How to Train Your Dragon 2" I knew that I wanted to do another Toothless, but this time with the update Toothless got at this film. 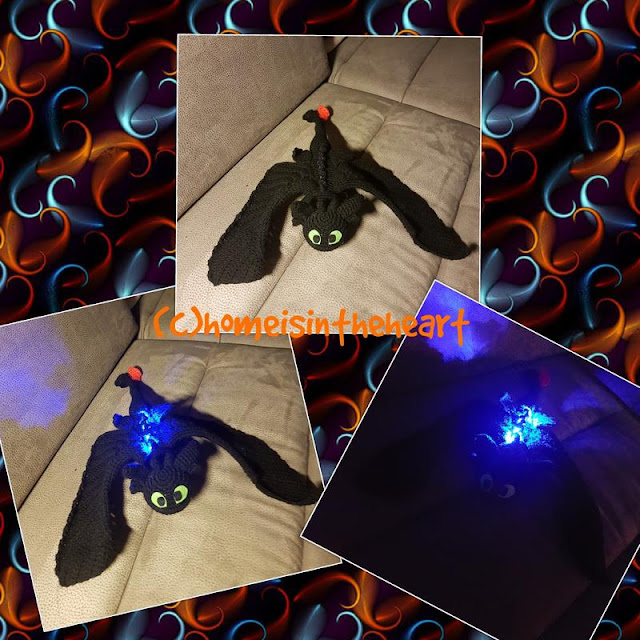 At this film he became a Titan Wing. He glows blue along the spine when he's all charged up, ready to fire his plasma blasts and his firepower level is at a higher level as never before.

More about the dragons you can find at: http://howtotrainyourdragon.wikia.com

Thank you for dropping in and hope to see you soon