As I told you in one of my latest posts, I had to crochet a few amiguramis as presents, which I wanted to show you later. Now it's time to show you the first one.

A few weeks ago I was asked if I can crochet a doll like this. 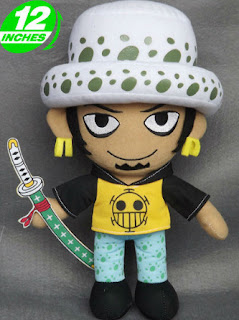 I had no idea what kind of doll this was. I got the information that it is a famous manga character, named Trafalgar Law. I'm not into this  Manga-things, so I had to search the web to know what's about this figure. If you're interested too, here's a link about the series One Piece and it's character Trafalgar Law.

And now it's time to show you my very own version of this character. 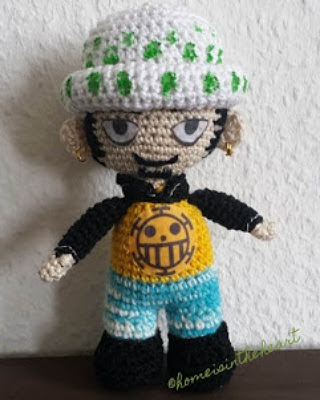 I hope the gift will be well liked.