I hope you made it well into the new year. Sorry for being absent for a while but I have a bigger project to do, I hope to show you next week.

In the meantime here's another creation inspired by Doctor Who. Last time I did weeping angels. If you missed them. You can read about here. It's a Doctor Who Shirt. 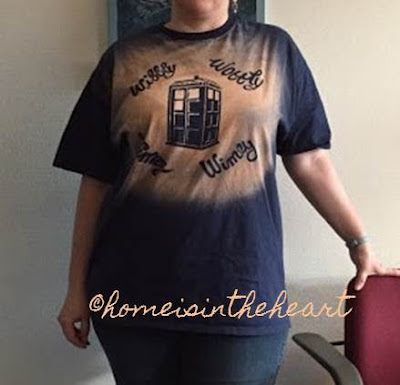 I've often seen something similar over at pinterest but never made one by myself. This was the first time a played around with bleech and I think it worked out quiet good for the first time.

I cut the design with my silhouette and put it onto a dark blue shirt I bought especially for this project. In fact it was the same like I bought for my xmas grinch shirt. 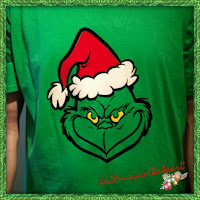 Then I went on spraying, thinking it might take a while until I see the difference. Fail! It only took seconds until the dark blue get's brighter.

"It's bigger inside!" Hope to see ya next time